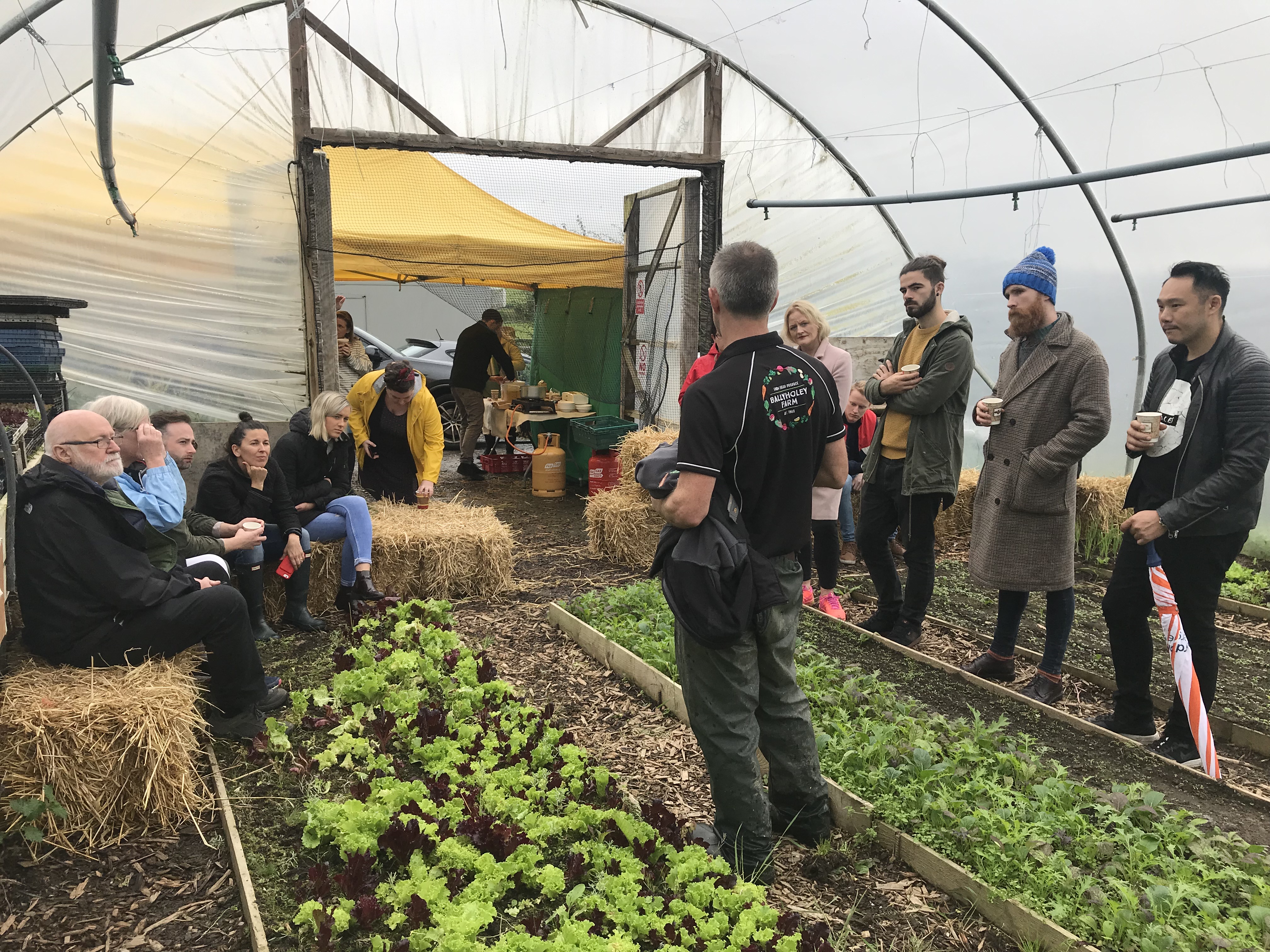 Euro-Toques Ireland members had their first official Donegal food producers inspiration trip this week. A special itinerary was put together to showcase Donegal produce and some of the venues using this produce with local Euro-Toques member Chef Chris Molloy and The Donegal Food Coast. (Scroll through pics below)

The aim of Euro-Toques Ireland is to preserve Irish culinary heritage by supporting traditional cooking methods and promoting producers of local and seasonal artisan products. The member chefs and cooks are part of a nurturing community of like-minded professionals who pride themselves on being the custodians of Irish food culture. The Europe-wide organisation was established in 1986 by chef Pierre Romeyer from Belgium with Myrtle Allen establishing the organisation in Ireland.

On Monday, guests visited The Counter Deli where they met a number of local producers including – John Shine from Shines Tuna, Declan Gavin from Meadow Sweet Tea and Derek Walker from Natnoot – The Natural Nutrition Co.

We then visited Branden Kerns at his cafe Coffee Time in Kilmacrennan where our guests nibbled Kinnegar Porter bread served with home churned butter, infused with wild heather and smoked with turf.  We also had “Fadgittas” – wraps made from Donegal potato bread (aka fadge). These potato bread style wraps were filled with treacle cured, turf smoked belly bacon and Silkie Whiskey battered cauliflower. Both, topped with Ballyholey Farm red cabbage, apple slaw and wild herbs, with a buttermilk dressing and rhubarb vinaigrette. To accompany the food, Branden served – iced mint and nettle tea with local honey.

Taking the Donegal Food Tours bus we travelled a further 25 minutes over the Stunning Lough Salt area, north to Downings pier where we met Hugh McBride – owner of McBrides Fishing. Hugh pulled some crab and lobster pots from the water while explaining about the different species in the area and the history of the McBride family business.

A stone throw away Chef Tony Davidson of Fisk Seafood Bar treated the group to the freshest crab and fennel salad before journeying onward to Mulroy Bay. The 20 minute journey allowing guests to take in Donegal’s Wild Atlantic Way before meeting the Wilhare family of the famous Mulroy Bay Mussels.

Life jackets adorned and safety brief made, we climbed onto the boat which brought us to a processing platform on the bay. Owner Hugh Wilhare spoke about the history of Mussel farming in his family , the grade A water around the farm and how he travelled to New Zealand to learn the techniques he now uses in his production.

It wasn’t long before we were back on dry land where Bridget Wilhare had prepared a feast of fresh mussels for the group to enjoy along with a cheeky glass of Crement.

Our last stop on our Donegal Food Producers tour, was Kinnegar Brewing in Letterkenny. Owner Rick La Vert and Sean McCarthy gave us a private tour of the brewery where we sampled a few kinnegar favourites including Limeburner(pale ale) Scraggy Bay(IPA) and Black Bucket (black rye IPA).

After Kinnegar we had a short break before heading to The Lemon Tree Restaurant for Chef Molloys Donegal Tasting Menu. James and Moira Doherty joined us here for a pre dinner An Dulaman Gin tasting, while Owen Murphy and Andy Kilfeather from Wines Direct were on hand to talk us through the food and wine pairings for the evening.

Day 2 – Tuesday, began with a trip to Ballyholey farm to meet Euro Toques Award winner John Graham. John explained the challenges of producing in Donegal with higher levels of rainfall and less sunlight than the south of the country. He also spoke of the large variety of crops he grows and how this gives him more freedom to stay away from chemicals as he isn’t over reliant on a particular crop.

After our tour of the farm Chef Chris Molloy was on hand once more serving up a light lunch of Ballyholey Farm Vegetable Soup with homemade fresh focaccia bread before our last stop, at CastleGrove Country House.

Guests were greeted at the CastleGrove Country House and shown to the Yellow Drawing Room where Karoline Sweeney (General Manager) give a brief history of the house and talked about the importance of their walled garden in the day to day running of their kitchen. We then made our way to the heritage walled garden where Alan D Sweeney gave a detailed account of the produce grown on the estate, how they store produce and the importance of the garden beehive – in the pollination of his crops.

Of course we could not leave without a few walled garden snacks prepared by Head Chef Paul Brady (and soon to be Euro-Toques member) and a taster of the delicious exclusive CastleGrove Country House Cider.

The groups enthusiasm for fresh local produce was infectious throughout the trip and makes us extremely proud to have so many quality producers on our doorstep. Support your local farmer, buy local and taste the difference!

What you can read next

Sign up to the Donegal Food Tours newsletter and be the first to hear about new tour dates and exciting new launches across the county.

Sign up to the Donegal Food Tours newsletter and be the first to hear about new tour dates and exciting new launches across the county. 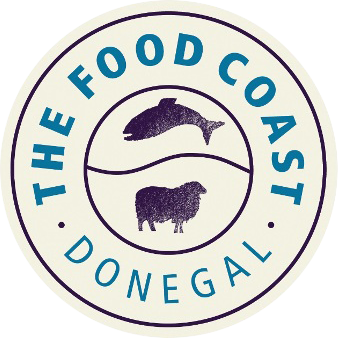